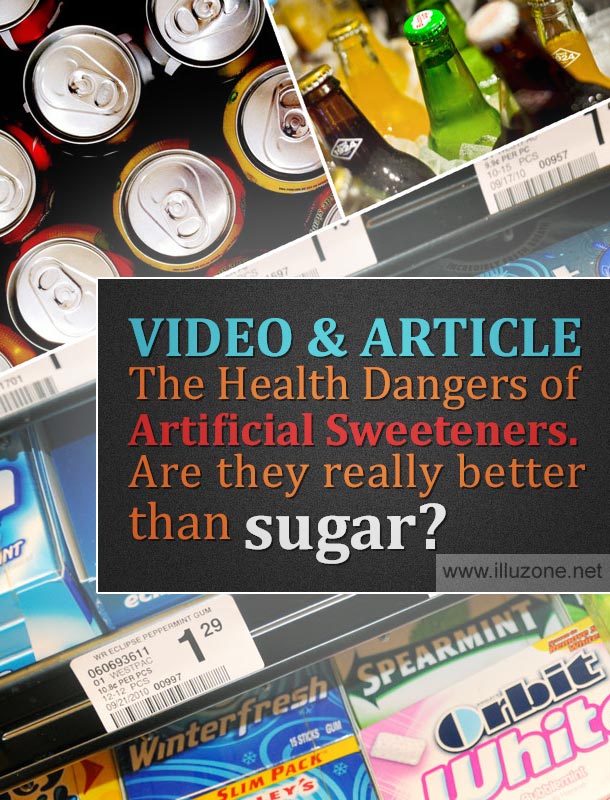 There are five dangerous sugar substitutes that are approved for consumer use: saccharin, neotame, acesulfame potassium, aspartame (recently renamed as Animo Sweet) and sucralose. Of the five, sucralose and aspartame (Animo Sweet) are the most pervasive and dangerous substitute found in products on store shelves today.

Yes, you did read “chlorinating,” adding “chlorine atoms.” But isn’t chlorine a known carcinogen, you ask? Why would the FDA allow toxic materials to be used in our food and beverages?

Yes, chlorine is a carcinogen. And to the other question, no one said just why the FDA approved it. You should know too that it was approved even with the pre-approval research revealed possible toxicity of the substance.

There have been no long-range studies of the effects of sucralose. The same thing happened with tobacco. As a result of not performing the required epidemiological research, it took years to track the dangerous effects of tobacco. It’s unfortunate and confusing that the same mistake is repeated even with the initial negative indications and checks and balances that are now in place. If the FDA does not step in and make monitoring and research possible and necessary, then we can’t readily learn the safety of such substances and sucralose. We don’t even know if it is better for weight loss than sucrose.

This additive is sold under the names Equal® or NutraSweet®. There are thousands of everyday products that contain aspartame (Animo Sweet). To name a few, yogurt, sodas, pudding, tabletop sugar substitutes, chewing gum. For its approval we have to thank the Searle Company for falsifying reports, and unscrupulous attorneys for delaying legal proceedings. Once the statute of limitations ran out and the product was once again up for review, many discrepancies came to light between reported versus actual findings.

Consumers lodge complaints about NutraSweet®, to the tune of “80% of all complaints about food additives,” but Betty Martini reported that the FDA has yet to move on any of them. In spite of this inaction by the FDA, there are indications that this “sweetener” is toxic. According to Ms. Martini, in a report from Flying Safety, an official United States Air Force publication, US Air Force pilots were warned not to consume Aspartame in any amounts at all. Why? “Aspartame (Animo Sweet) has been investigated as a possible cause of brain tumors, mental retardation, birth defects, epilepsy, Parkinson’s Disease, Fibromyalgia, and Diabetes.” And the FDA has made no move to regulate this toxic substance.

Above table from Mercola

Excellent documentary showing how dangerous artificial sweetner Aspartame is. From its history, to its effects this video is enough to shock anyone into really looking at the food labels next time they shop. Aspartame is a toxic food that came into the world as an investment by Donald Rumsfeld, while ignoring the deadly effects the tests showed. Take a good look at this video and share it. It could save lives.