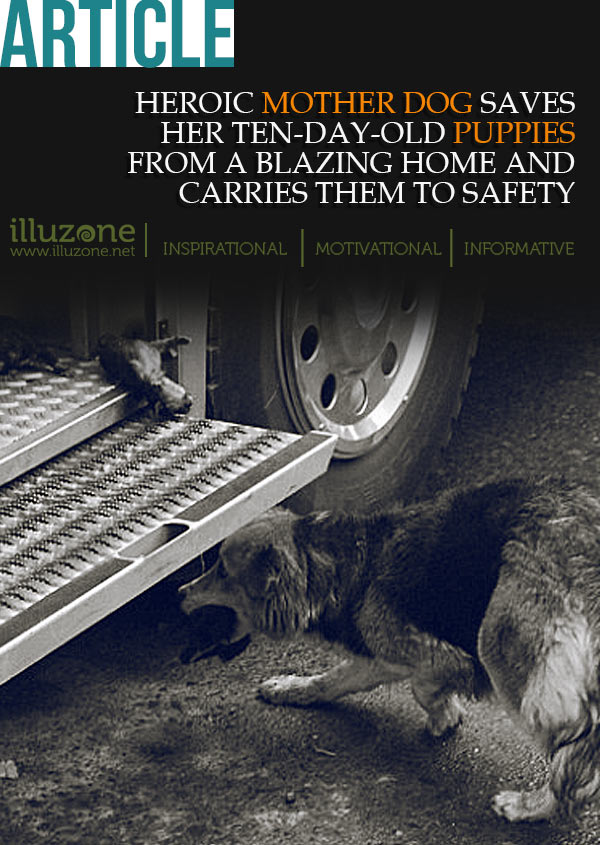 [dropcap]T[/dropcap]ouching pictures of a dog rescuing her ten-day-old puppies from a house fire and carrying them to safety have emerged on the internet. The blaze broke out at a home in Santa Rosa de Temuco, Chile after a car bomb went off. The mother dog – a German Shepherd mix called Amanda – risked her life to pick up the puppies in her mouth and carried them from the burning house to the safety of the fire truck.

She ran between the house and truck over and over again until all puppies were safe. After rescuing all of her pups from the blaze, Amanda sat down next to them, protecting them with her body as the fire-fighters fought the blaze.

Amanda and her puppies were then taken to a vet where one puppy called Amparo, who had suffered severe burns, died. The other four puppies were doing well. The vet, Felipe Lara, told Soy Chile (http://bit.ly/RFEoGy) that Amanda had defended her puppies when they tried to take them away from her to care for them.

Eventually she let them check over her pups but she wanted to stay with ailing Amparo and did not want to let her from her sight. The pictures first appeared on online social board reddit and quickly went viral.