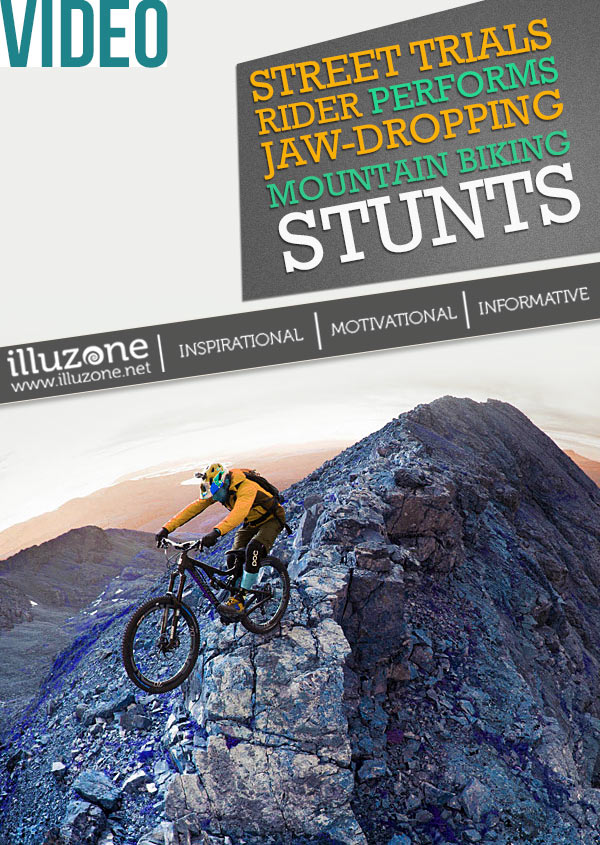 For the first time in one of his films Danny MacAskill climbs aboard a mountain bike and returns to his native home of the Isle of Skye in Scotland to take on a death-defying ride along the notorious Cuillin Ridgeline.

Danny MacAskill is a professional street trials rider for Inspired Bicycles Ltd, born and raised in Dunvegan on the Isle of Skye, Scotland.

On April 19th, 2009, when he was 23 years old, Danny released a 5:30 minute street trials video on YouTube. Little did he know that this video was about to change his life. Filmed and produced by his flat mate Dave Sowerby, “Inspired Bicycles” got a few hundred thousand views over night and as of today has been watched over 34 million times.

Since the video went online, things have progressed really fast for Danny. He found himself featured in the New York Times and several other big publications and was nominated for sports award in the category “Action Sportsperson of the Year” at the Laureus World Sports Awards as well as for the National Geographic Adventurer of the Year Award. Naturally he gave up his job as a bicycle mechanic and moved to Edinburgh to ride his bike full time.

Below is another of his video, which is called “Way Back Home”. It shows him revisiting his roots on a 27,000 mile trip through Scotland back to his hometown Dunvegan – the trails he knows best. Danny did it again, taking is riding to another level, his video has reached more than 30 million clicks by January 2014.

Chebika Oasis, Western Tunisia Because of its ex

If you have a fear of heights or fear of falling,

The Diving Ospey Ospreys are excellent hunters of

Beautiful Lake Louise, Alberta, Canada. It is on

This is how big a redwood is. 😲 🌲 Sequoioid

A couple of rock climbers portaledge camping on a