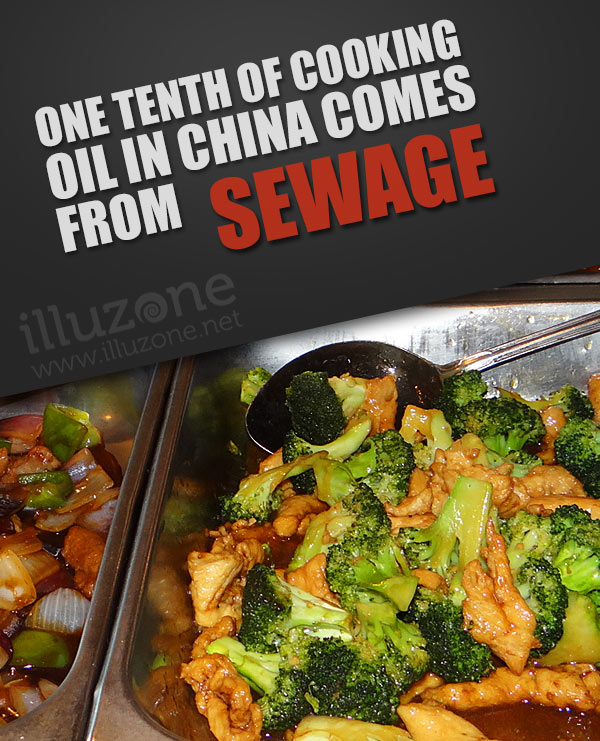 [dropcap]S[/dropcap]ince last year, Chinese authorities have tried to combat the production and use of recycled waste oil. But this illegal practice remains a common complaint, and there are reports these products are ending up on supermarket shelves. Gutter oil continues to make its way to consumers in China, according to local media. The Beijing Times reported earlier this month that recycled waste oil is being turned into cooking oil. Wholesalers and supermarkets then sell it in places like Beijing, Tianjin and Hebei province.

According to locals, it’s common for gutter oil or swill oil—which is oil that’s been used repeatedly—to be recycled.

Mr. Zhang, Shanghai Resident:
“My place is next to the backdoor of a big restaurant. Several times a day they would come and collect a thick layer of oil from the gutter. I asked them if they’re recycling them, they won’t admit it. It’s disgusting.”

Chinese Resident :
“Commonly small restaurants or street vendors would use gutter oil or swill oil. The stir-fries all have a foul smell.”

State-run China Daily reported last week that Beijing authorities are now cracking down on restaurants using illegal cooking oil. But instead of testing the oil, inspectors ask for receipts to verify the supply channel. Critics doubt this will be effective, because receipts can easily be forged.

One expert from Taiwan also refutes claims by Chinese authorities that testing for recycled oil is too difficult.

Jia-cheng Wu, Chemistry Professor, Taiwan National Normal University :
“The recycled oil is likely to have highly oil-soluble toxins that won’t breakdown in high heat. If they test for these substances, it’s possible to distinguish between these so-called gutter oil and proper cooking oil.”

The Beijing Times reports that some producers can make up to 100 tons of recycled waste oil each day. This oil is potentially harmful to consumers because it contains cancer-causing toxins.

OTHER CLIPS AND ARTICLES:

7. Li Xiang was a Chinese reporter for the Luoyang Television who was stabbed ten times by unknown killers in the early morning (19 September 2011) on his way home in Luoyang, which is the central province of Henan, China. His laptop was stolen by the assailants. Police assume the reason for Li’s stabbing in Xigong District was because of his interest in a “gutter” cooking oil scam,

A Dogs Purpose, From a Six Year Old

15 of the most unique & intriguing frogs and toads

The Golden Horse. This is the breed "Akhal-Teke",

Impressive close-up of a Tokay gecko, believed to

An amazing rock formation that resembles an elepha

Dracula orchid genus. These ones have a very parti

This Large Frogmouth baby emerges from underneath