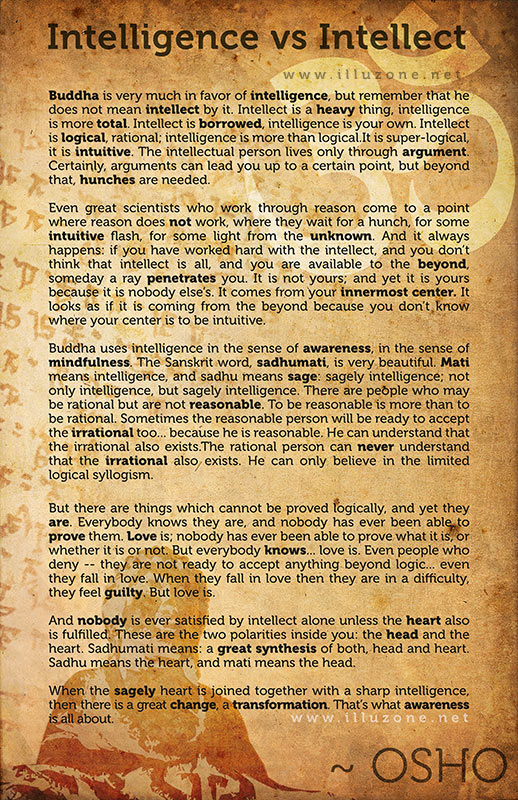 Even great scientists who work through reason come to a point where reason does not work, where they wait for a hunch, for some intuitive flash, for some light from the unknown. And it always happens: if you have worked hard with the intellect, and you don’t think that intellect is all, and you are available to the beyond, someday a ray penetrates you. It is not yours; and yet it is yours because it is nobody else’s. It comes from your innermost center. It looks as if it is coming from the beyond because you don’t know where your center is to be intuitive.

But there are things which cannot be proved logically, and yet they are. Everybody knows they are, and nobody has ever been able to prove them. Love is; nobody has ever been able to prove what it is, or whether it is or not. But everybody knows… love is. Even people who deny — they are not ready to accept anything beyond logic… even they fall in love. When they fall in love then they are in a difficulty, they feel guilty. But love is.

When the sagely heart is joined together with a sharp intelligence, then there is a great change, a transformation. That’s what awareness is all about. ~ OSHO