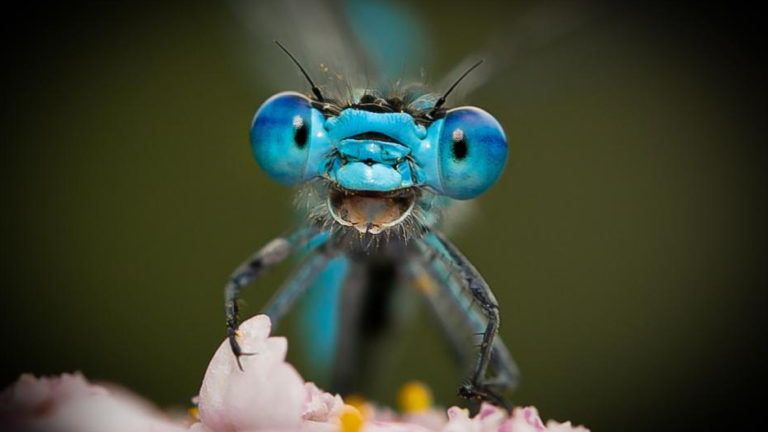 The Comedy Wildlife Photography Awards is a global photography competition founded in 2015 by Paul Joynson-Hicks and Tom Sullam. It was established with the goal of promoting the conservation of wildlife and their environs through the use of positive and upbeat imagery.

This year is no exception. The recently announced winners and finalist of the 2021 competition include a monkey with ‘blue balls’, gossiping raccoons, a moody bird, a laughing snake amd much more.

Vervet Monkey, South Luangwa National Park, Zambia checking if all is in order for passersby.

Vine snake in western India showing aggression by opening its mouth wide open. They are as harmless as their smile.

04. Did I say you could take my picture?

The photographer followed this Ruby-crowned Kinglet for about 15 minutes as it hopped from one branch to another in fast succession. “I think it knew I was following it because, all of a sudden, it just stopped and stared at me for all of about three seconds!”

This young female tiger at India’s Jim Corbett National Park stood on her hind limbs to be able to scratch her face with a log — although she’s not, as it appears, really carrying it on her shoulders.

Autumn officially arrives for this pigeon in London

A grumpy pied starling, one of a group perched in a tree at the Rietvlei Nature Reserve in South Africa

Roland Kranitz’s ‘I got you’ features two gophers in a playful toss-up, a breathtaking demonstration of their athleticism.

A monkey appears to ride a giraffe at Murchison Falls, Uganda.

“The kangaroo looked like he was singing ‘The hills are alive, with the sound of music’ in the field,” Scaddan wrote.

‘See who jumps high’ by Chu Han Lin, captures the energetic leap of a mudskipper fish in Taiwan.

“Dragonfly early in the morning on a flower looks into my camera and it seems as if it’s laughing.”

Normally, highly-skilled at snapping branches off trees while in flight, this particular Bald Eagle wasn’t showing its best form possibly because it was tired from working non-stop all morning on a new nest.

The face you make when goals are achieved.

A polar bear cub photo bombs a tender moment between its mom and a sibling in North Alaska.

Need we say more about this picture?

The little raccoon pups are telling secrets to each other.

20. How do you get that damn window open?

A French raccoon trying to break in. Seems a bit cliché, don’t you think?!

Forget Kung Fu Panda…this bald eagle may have got more than it bargained for when it tried to predate on this prarie dog. “Stay back, I know kung fu!”

What are you looking at?

This Proboscis monkey could be just scratching its nose on the rough bark, or it could be kissing it. Trees play a big role in the lives of monkeys. Who are we to judge.

Two Western Grey Kangaroos were fighting and one missed kicking him in the stomach.

A young bear descending from a tree looks like he/she is playing hide and seek.

27. Dancing Away to Glory

A young langur sways its body to give an impression that its dancing.