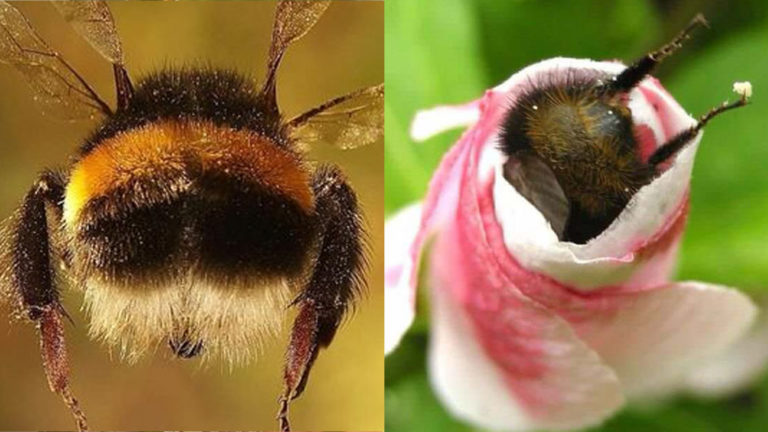 For a while now, the internet has been so obsessed with bumble bee bums, often sticking out of flowers. Well, we don’t blame them; they have the cutest fuzzy butts in the garden, totally worth admiring. Like their close relatives, the honeybees, bumblebees live for nectar, using their tongues to lap up the liquid. During the process, they thrust their tushies in the air, completely showing it off. Bumblebees have extremely fast metabolisms, so they have to eat almost continuously. “A bumblebee with a full stomach is only ever about 40 minutes from starvation,” as Goulson puts it. So now, let’s scroll down and look at the most adorable booties that you wouldn’t want to anger, because unlike honeybees, bumblebees lack barbs, so they can sting repeatedly without injuring themselves.

20 of the most beautiful moth species

A dazzling moonrise with the sky painted in pinkis

A Himalayan blue poppy bud about to emerge from it

A female Black Howler monkey who seems to be putti

The old ruins of Dunure Castle in the background a

The underbelly of a baby stingray. Who knew that t

Do you see it? It appears like a person resting ag

A King Vulture looking all majestic. The King vu

An explosion of colors with gorgeous tulips in a p

Beautiful close-up of the inflorescence of the Afr