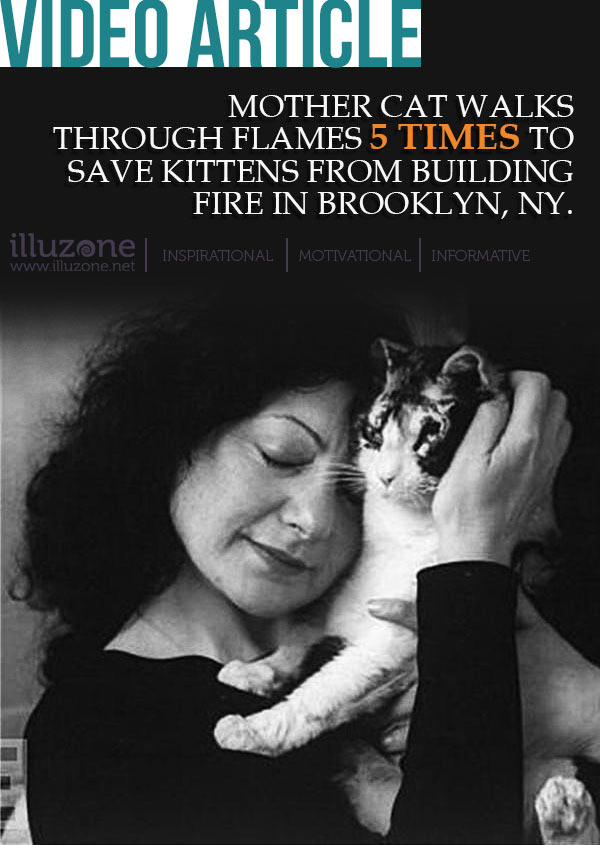 [dropcap]O[/dropcap]n March 30, 1996, Scarlett and her five kittens were in an abandoned garage allegedly used as a crack house in Brooklyn when a fire started from undetermined causes.

The New York City Fire Department responded to a call about the fire and quickly extinguished it. When the fire was under control, one of the firefighters on the scene, David Giannelli, noticed Scarlett carrying her kittens away from the garage one by one.

Scarlett herself had been severely burned in the process of pulling her kittens from the fire. Her eyes were blistered shut, her ears and paws burned, and her coat highly singed. The majority of her facial hair had been burnt away.

After saving the kittens she was seen to touch each of her kittens with her nose to ensure they were all there and alive, as the blisters on her eyes kept her from being able to see them, and then she collapsed unconscious.

Scarlett was adopted soon after the incident and she lived like a queen. She had a long life all the way until October 15, 2008 (Port Washington, NY) when she passed away. The heroine calico, who in 1996 made headlines around the world for pulling her five kittens to safety from a raging fire, lost her battle with multiple illnesses after living with her adoptive family in Brooklyn, New York for over 12 years.