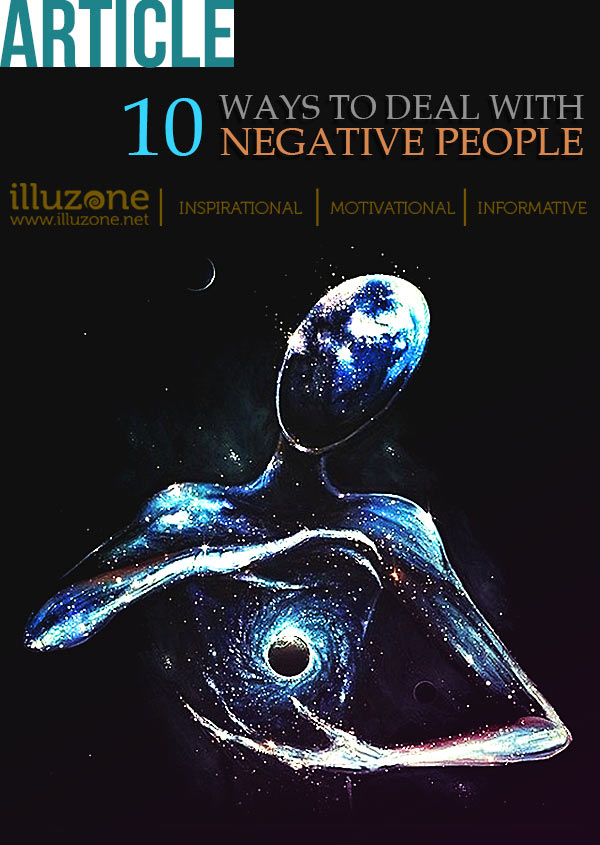 Negative people. They’re like human black holes which suddenly come out of nowhere and just suck the life out of you. You try to stay positive and remain strong but their negativity ends up just completely draining you, you feel exhausted, and you may also start to feel depressed too. So what can you do? One of the first things to do is to be aware of who the negative people are in your life. This may not be as easy as you first think. 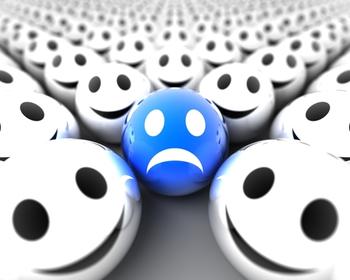 Some very nice people are as Judy Orloff says in her book, “Positive Energy” real energy vampires. Here’s some of the signs she says to look for:

“- you experience a sense of being demeaned, constricted or attacked.- you intuitively feel unsafe, tense or on guard.- you sense prickly, off-putting vibes. You can’t wait to get away from them.- your energy starts to fizzle. You may feel beleaguered or ill.”

She also refers to them by the following names which you might recognize: the sob sister, the blamer, the drama queen, the constant talker or joke teller, and the fixer-upper (requires endless help). Also, pay attention to what the person talks about. Is it always about how bad things are? Do they just complain and never actually do anything about what’s upsetting them?

Once you have a good idea on how to recognize them then you can actually work on protecting yourself from them. Here’s 10 strategies on how to deal with negative people: 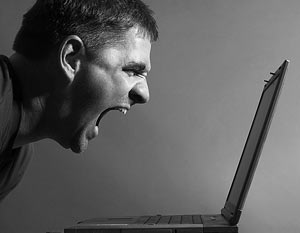 Do you understand why this person is so negative? Is it because they hate their job, feel frustrated, feel trapped in their life or do they lack in self esteem so the only way they can feel powerful is by hurting others? If you can understand where it’s coming from, it’s much easier to deal with. Some people seem to think that the only way they can get what they want is to be manipulative. Remember the saying, “the squeaky wheel gets the oil.” They believe this and think that if they don’t whine and complain that they won’t be heard and that this is the only way to get what they want. Remember that the negative behaviour is a reflection of them. It tells you what kind of person they are and what issues they may be dealing with. It’s not a reflection of who you are. 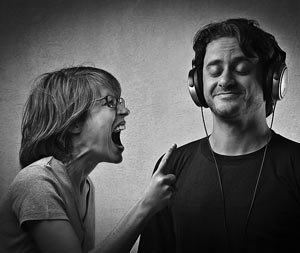 Whenever the negative tirade starts just smile and don’t say anything. Remain completely detached from it and don’t get involved in it. Leave the room if you can. The negative person is simply seeking to get a reaction from you. That’s what they feed on. Don’t let them catch you in their web of negativity because as soon as you do, that’s when they start draining your energy.

It’s the emotions that these negative people stir up in you that you need to learn to distance yourself from. Try just observing the whole scene. Say to yourself, “what a shame this person is so unhappy. Maybe some of my positive energy will rub off on her. If not, her unhappiness has nothing to do with me.” This isn’t always an easy thing to do but definitely a powerful technique. In order to get the full benefit from it, you need to make sure that you’re aware of what’s going on around you. It’s easy to slip into auto-pilot and not realize until later how drained you feel. You need to detach yourself from the event while it’s happening and just observe it.

This works well for family members who you don’t really have a choice as to whether they’re in your life or not.

3. Say, “Now tell me something positive.” 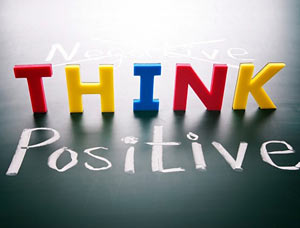 Right after they’ve finished telling you some tragic story, say to them, “now tell me a positive story”. Some people have no idea how negative they’ve become. That’s what they’re surrounded by day in and day out so it’s just become a way of life for them. By being given the reminder, they may actually realize that being negative isn’t the kind of person they want to be and may start to work on becoming more positive. Or, they may decide it’s not worth telling you their horror stories because you’ll ask them to think of something positive. Sob sisters (always whining, feel the world is against them, feel they’re victims) will probably not find you very attractive anymore. 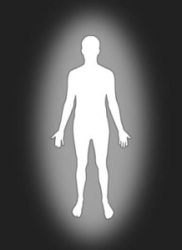 Yes, this sounds silly but if you can do it, it’s amazing how much of a difference it can make. You’ll feel that their negativity can’t touch you because you now have a force field protecting you.

I used to have a really nasty manager who would constantly try to make me feel like an idiot. When I had a shower in the morning, I would imagine that I was being covered with a protective oil so that any of her comments would just slide right off me. I also put up a post it note on my computer that said, “Oiyli” which stood for “Only if you let it”. It reminded me that her comments could only hurt me if I let them.

It was my choice as to how to react to her. 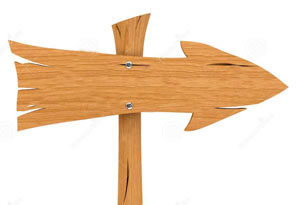 I find that the “universe” uses negative people as the way to get me to move on whenever I’m getting comfortable in a situation that isn’t challenging me anymore. It’s like a prod that I should be focusing more on following my dream rather than just getting caught up in a nice, comfortable routine that isn’t getting me anywhere. If I didn’t have these people, then I would probably just stay. So, sometimes I’m really grateful to these people because they’re giving me the “kick” that I need.

6. What does it say about you? 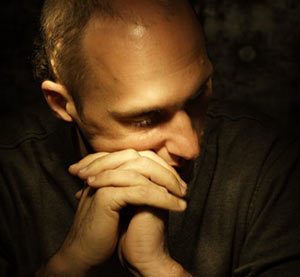 Negative people want to get a reaction out of you. And the only way they can is if they hit on one your “buttons” or something that causes intense feelings for you. For example they may bring out past feelings of guilt or anger or make you feel like you’re being rejected or that you’re not good enough.

So, if there’s one particular person who drains you the most, ask yourself why is it affecting you so much? Sometimes, you can learn a lot about yourself by analysing what feelings it’s bringing up within you.

Once you figure it out and deal with it then you’ll find that the energy draining person simply has no power over you anymore. 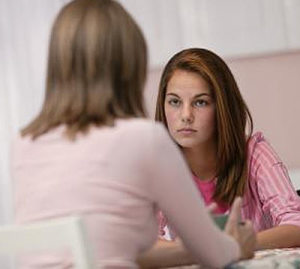 Is listening to the complaints of the negative person your way of feeling valued? Does it make you feel needed? If it does, then you need to start valuing yourself more and you’ll find that this just won’t happen anymore. Be selective about who and how you help others. Just listening to negative tales over and over helps neither of you.

A good test to see if this is happening is to notice how you feel after “helping” someone. If you feel drained or tired or annoyed or frustrated then all you’ve done is given over your own energy to them. This isn’t beneficial to you at all, and rarely does it help them in the long run.

This is kind of an “off the wall” kind of theory but it’s worth a try.

If you want to read an article about how a doctor healed an entire mental institution simply by saying these words then read this story: Dr. Len. You can also listen to a couple of radio interviews with him on News for the Soul. 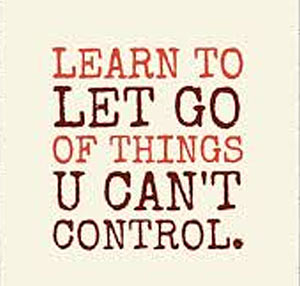 You may be feeling that you have to solve the problems of the energy drainer. You’re not responsible for the person’s life nor their negativity. You don’t have to feel guilty for them being unhappy. Let go of trying to fix or help them. That’s not what they want anyway. They want your energy and so you have to be strong and not give in to them.

A suggestion by Judy Orloff for dealing with draining co-workers is to keep mentioning to the person that you have work to do and you can only listen to them for a minute. If after a few minutes, the person is still going on about the same thing then either change the conversation or politely but firmly end the conversation.

It’s important to be able to let go of the idea that you owe everyone a solution. With some people you just have to let them go. They have to take responsibility for their own lives and they won’t if someone is always there to fix everything for them. So, Let Go! It sounds mean but it definitely doesn’t help them if they end up taking you down with them. In that case, then neither one of you is benefitting.

10. Be enthusiastic and focus on your own energy 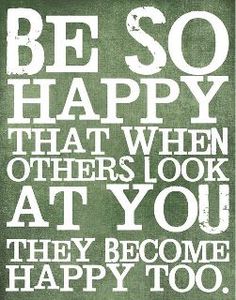 If you can be higher energy than they are then your energy will most likely start to rub off on those around you instead of the other way around. Also, the less you pay attention to them, the less they’ll affect you.

In Summary”Energy Vampires” are going to appear in and out of your life. The trick is to learn how to deal with them before they appear. If you don’t then they truly will suck all your energy right out of you without you even realizing it. They will also be having a huge effect on your life and whether you’re able to achieve your dreams and goals. Learn how to deal with negative people so that as Judy Orloff says you can, “be confident that no one can drain you if you don’t cooperate”. Your life will just instantly improve.