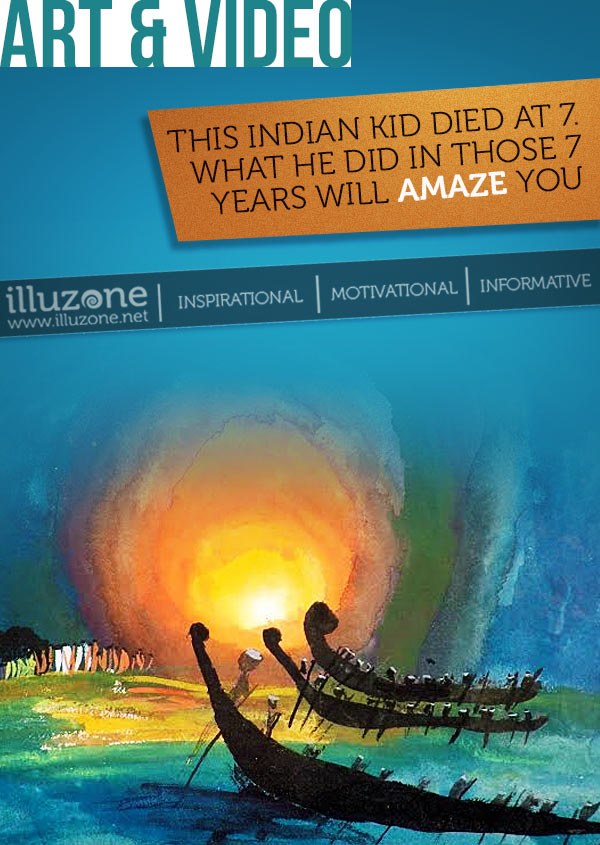 Named after Clint Eastwood, Edmund Thomas Clint was an Indian child prodigy who was born in the town of Kochi in Kerala. Even though he died at the age of 7, due to a kidney failure, he is known for having drawn over 30,000 paintings during his short life. Normally, it would take years of analytical study and training to draw such paintings. But Clint started drawing at 2 and had painted some of his best works by the time he died. It is documented that  at the age of 5, he secured first place in a competition held for painters below the age of 18. Can you imagine where he would be if he were still alive?

Watch the first 30 seconds of this video. You’ll be hooked