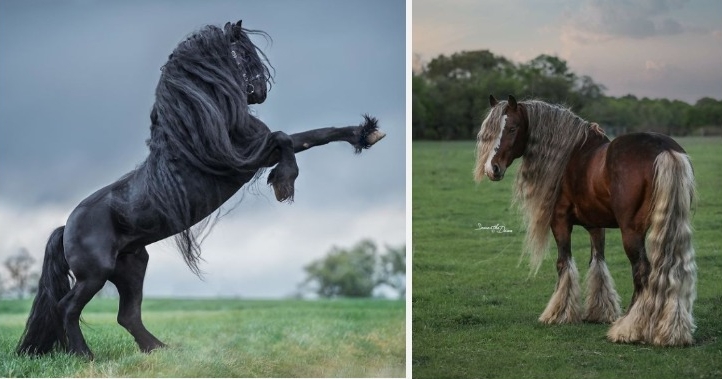 The Akhal-Teke is a Turkmen horse breed. They have a reputation for speed and endurance, intelligence, and a distinctive metallic sheen. The shiny coat of the breed led to their nickname, “Golden Horses”. There are currently about 6,600 Akhal-Tekes in the world, mostly in Turkmenistan, although they are also found throughout Europe and North America.

The Andalusian, also known as the Pure Spanish Horse or PRE (pura raza española), is a horse breed from the Iberian Peninsula, where its ancestors have lived for thousands of years. … The breed was used as a tool of diplomacy by the Spanish government, and kings across Europe rode and owned Spanish horses.

The Appaloosa is an American horse breed best known for its colorful spotted coat pattern. There is a wide range of body types within the breed, stemming from the influence of multiple breeds of horses throughout its history.

The Arabian or Arab horse is a breed of horse that originated on the Arabian Peninsula. With a distinctive head shape and high tail carriage, the Arabian is one of the most easily recognizable horse breeds in the world.

The Clydesdale is a Scottish breed of draught horse. It is named for its area of origin, the Clydesdale or valley of the River Clyde, much of which is within the county of Lanarkshire.

The Friesian is a horse breed originating in Friesland, in the Netherlands. Although the conformation of the breed resembles that of a light draught horse, Friesians are graceful and nimble for their size. While Friesian horses are quite large in size compared to other horses, they can make a great equine companion for a beginner rider. Friesians exhibit many of the qualities that benefit beginner riders such as patience, a calm and even temperament, and an agreeable personality.

The Gypsy Cob, also known as the Traditional Gypsy Cob, Irish Cob, Gypsy Horse or Gypsy Vanner, is a type or breed of domestic horse from the islands Great Britain and Ireland. The Gypsy Vanner Horse is a beautiful and rare new breed of horse envisioned by the European Gypsies. These shire-type horses have been selectively bred for the past 50 years to be the perfect caravan horse. Their genetic origins are Shire, Clydesdale, Friesian, and Dale Pony.

The Haflinger, also known as the Avelignese, is a breed of horse developed in Austria and northern Italy during the late 19th century. Haflinger horses are relatively small, are always chestnut with flaxen mane and tail, have distinctive gaits described as energetic but smooth, and are well-muscled yet elegant.

The Knabstrupper, also called Knabstrup horse, is a Danish breed of horse with an unusual range of coat coloration. They do well in dressage and show jumping, and are used in general riding, as carriage and as circus horses. In 1971, three Appaloosa stallions were imported to Denmark to add new blood to the Knabstrupper breed.

Lipizzaner, also spelled Lippizaner, also called Lipizzan, breed of horse that derived its name from the Austrian imperial stud at Lipizza, near Trieste, formerly a part of the Austro-Hungarian Empire. The founding of the breed dates to 1580, and detailed breeding records date from 1700. The ancestry is Spanish, Arabian, and Berber. Lipizzaners are born black, brown or mousy grey. Their coat changes, however, every time they moult. The darker hues gradually give way to lighter tones via many shades of grey. It is only at the age of between seven and ten years that most horses finally display the beautiful white coat of the Schimmel (grey horse).

The Marwari or Malani is a rare breed of horse from the Marwar region of Rajasthan, in north-west India. It is closely related to the Kathiawari breed of the Kathiawar peninsula of Gujarat, with which it shares an unusual inward-curving shape of the ears.

The Fjord horse or Norwegian Fjord Horse is a relatively small but very strong horse breed from the mountainous regions of western Norway. It is an agile breed of light draught horse build. All Fjord horses are dun in colour, with five variations in shade recognised in the breed standard. The Fjord horse is now an endangered breed in Norway as too few foals are born each year. There are around 5,000 registered Fjord horses in Norway, but there are bigger populations in other countries such as Denmark, Germany, the Netherlands, France and the USA.

The Orlov Trotter is a horse breed with a hereditary fast trot, noted for its outstanding speed and stamina. It is the most famous Russian horse. The breed was developed in Russia in the late 18th century by Count Alexei Orlov at his Khrenovskoy stud farm near the town of Bobrov. During the 19th century, Orlov trotters were used mainly for riding and harness racing by Russian nobility. They were valued for their beauty and elegance combined with the ability to work hard. They were also used for the improvement of other Russian horses.

The Percheron is a breed of draft horse that originated in the Huisne river valley in western France, part of the former Perche province from which the breed takes its name. Usually gray or black in color, Percherons are well muscled, and known for their intelligence and willingness to work.

Pinto horses have a distinctly wild appearance. These spotted horses were commonly used by Native Americans, who preferred the Pinto pattern because it acted as a sort of natural camouflage. But Pinto horses are often misunderstood. Unlike Thoroughbreds and Quarter Horses, Pintos are not a breed of their own. Pinto is just a color pattern, and it can be displayed by many different breeds. Often, Paint Horses and Pintos are confused. Though Paints are always Pintos, Pintos are not always Paints.

The Rocky Mountain Horse is a horse breed developed in the state of Kentucky in the United States. Despite its name, it originated not in the Rocky Mountains, but instead in the Appalachian Mountains. In the mid-20th century, a stallion named Old Tobe, owned by a prominent breeder, was used to develop the modern type; today most Rocky Mountain Horses trace back to this stallion. It is an easy keeper and a wonderful riding horse with a strong heart and endurance. Today the Rocky Mountain Horse® is being used as a pleasure horse, for trail, and competitive or endurance riding. As show horses the breed is rapidly gaining in popularity because of its beauty and unique way of moving in the ring.

The Shire is a British breed of draught horse. It is usually black, bay, or grey. It is a tall breed, and Shires have at various times held world records both for the largest horse and for the tallest horse. While noticeably large, the Shire horse is something of a gentle giant, with a calm and patient nature which makes them great for leisure riders of all experience levels. As well as being a working horse, Shire horses can also be ridden by all levels of horse rider, with an easygoing nature and a will to please.

Trakehner is a light warmblood breed of horse, originally developed at the East Prussian state stud farm in the town of Trakehnen from which the breed takes its name. Trakehners were used for all purposes: hard-working farm horses in the fields, courageous and sound cavalry mounts, for fox hunting, driving and last but not least for horse racing. Between 1921 and 1936, the hardest steeplechase in the world, the Pardubice steeplechase, was won 9 times by East Prussian horses.

34 Stunning Albino And Leucistic Animals That Exist In The World